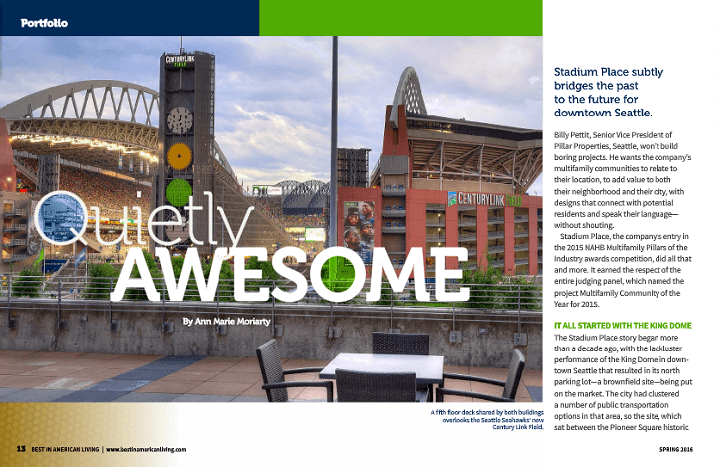 Multifamily Community of the Year

It was an honor to be featured in the National Association of Home Builders (NAHB) Best in American Living Magazine. Stadium Place was highlighted for being named the Multifamily Community of the Year at the 2015 NAHB Multifamily Pillars of the Industry awards competition.

The article (by author Mary Ann Moriarty) details the story of Stadium Place that began more than a decade ago when Pillar Properties and Daniels Real Estate teamed up to build this iconic project. "The partners saw an opportunity to create something distinctive, something that would define the south end of the city," Moriarty said.

Pillar Properties President Billy Pettit is proud of Stadium Place, both for design and performance. "He said that it reflects the spirt of a 'pioneering project in a pioneering location.' And, like Seattle's early pioneers, Stadium Place took a risk and succeeded," Moriarty said.